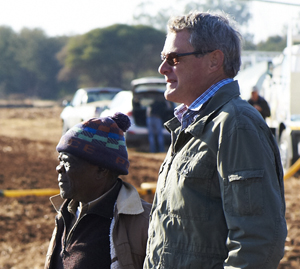 1998 will always be a year that Alfred Galodikwe, a small-scale maize farmer in the Taung area of the Northern Cape remembers. This is the year when South African Breweries (SAB), the leading brewer in South Africa, launched a barley and maize project with small-scale farmers in the area. Having inherited 1,7 hectares from his father, Alfred’s love for farming stems from what he learnt from the land. Despite this love for farming, farmers in the area face many challenges and hard work cannot always resolve a shortage of water, lack of equipment and the cost of inputs.

SAB, which prides itself in positively influencing society by building strong local businesses that contribute to the local economy, procures inputs on a large scale and supplies finance for production inputs for both barley and maize to the farmers. This allows farmers to avoid sourcing small amounts of inputs individually. Once the contracted barley and maize has been sold to SAB, farmers are able to repay incurred input costs from their crop’s gross income. SAB provides both input cost finance and a fixed, but market related price contract to the producers participating in the project. 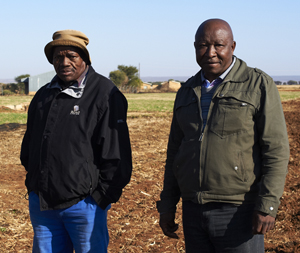 Kynoch, with a strong presence in the Northern Cape, was delighted when it got the opportunity to become one of the projects key inputs suppliers. Kynoch supplies liquid fertilizer to the project and is also intensely involved in the application of top dressing by managing flow meters, pivots and so forth. Ben Wolhuter, the Kynoch agent involved in this project, manages the entire operation from his depot. The liquid fertilizer is supplied from the Kynoch’s Kimberley and Endicott plants. 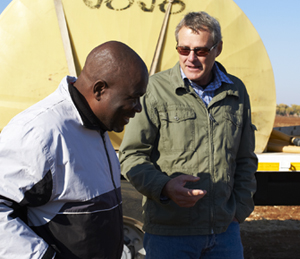 The project was born in 1991 when barley trials were started and in 1994, the first experimental projects were planted on a producer’s farm. Results were very encouraging over the next four years and the project was officially launched in 1998, with 55 producers cultivating 556 hectares of malting barley. In the past 20 years since 1994, the project has grown to an average of 150 small-scale farmers producing barley on 1,500 hectares of land. On top of this since 2004, GMO (genetically modified organism) free maize production was also introduced as the summer crop production alternative. 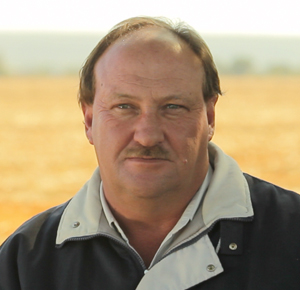 Burrie Erasmus is SAB’s Agriculturalist on this project where he has been involved since 1991. Burrie explains that each farmer’s land consists of a 40 hectare pivot irrigation unit, where four farmers are given a 10 hectare grid. The barley and GMO free maize is used for SAB’s beer brewing process.

“We are very happy with SAB”, says Alfred. His 1,7 hectare piece of land was expanded to 10 hectares and now the farm not only produces barley, but also maize. The farm now yields 10 – 12 tons/hectare of maize and 6 – 8 tons/hectare of barley. “The improved production has enriched our lives”, says Alfred proudly.